As per the Sikh Tradition during the marraige Bride and Groom sits in front of Shri Guru Granth Sahib and embrace the meaning of truthful marriage and make their promises to their better half in presence of Guru Granth Sahib Ji and their close family and friends.

They are not said to be husband and wife, who merely sit together.

They alone are called husband and wife, who have one light in two bodies. ||3|| 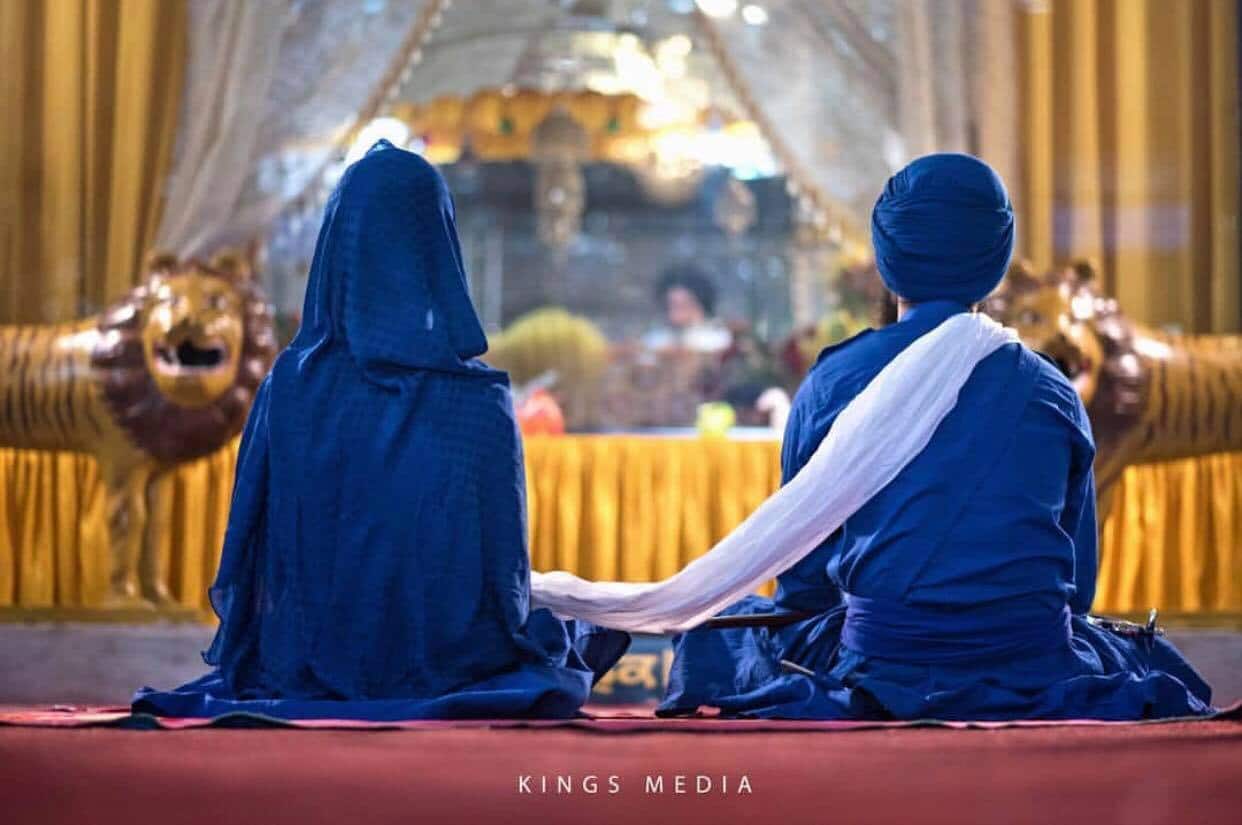 How It Started? And Why?

The history of the Anand marriage ceremony is traced back to the time of Guru Amar Das (1479–1574), who composed the long 40-stanza hymn "Anand", in the Ramkali measure, suitable to be sung or recited on all occasions of religious importance. His successor, Guru Ram Das, composed a four-stanza hymn, "Lavan", which is recited and sung to solemnize nuptials. During the time of Maharaja Ranjit Singh and his successors, however, this ceremony fell into partial disuse under the renewed Brahmanical influence at court as well as in society.

The Namdhari reform movement of the mid-19th century made the practice of Anand ceremony a vital plank in its programme as did the later, more widely influential Singh Sabha. But there was opposition from the Arya Samajis and priestly classes; the former due to their position that the Sikh faith was a sect within the larger umbrella of Hinduism and hence subject to the Hindu Marriage Act. The Sikh form of wedding ceremonial eventually received legal sanction through the Anand Marriage Act which was adopted in 1909.

The core of the Anand Karaj (the 'blissful ceremony') is the 'lavan', wherein shabads are sung with the bride and groom circumambulating the Guru Granth Sahib. The ceremony serves to provide the foundational principles towards a successful marriage and also places the marriage within the context of unity with God. Guru Ram Das Ji composed the four stanzas of Lavan to be sung and recited as the core of the Anand Karaj.

In 1579, the fifth Guru, Guru Arjan Dev Ji, and Mata Ganga were the first couple to be married through the Anand Karaj ceremony.