Temple / Darbar Sahib is a community place for the sikh religion where people gather and pray in front of almighty WAHEGURU.

This Temple is open for all people from any region can visit this temple. As Sikhism believes in everyone is equal and there is only one almighty for all 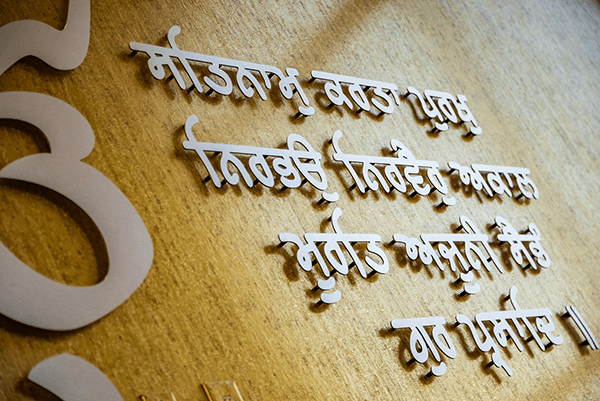 Gurdwara Baba Deep Singh began as only a dream in the early 1990s. Prior to completing our current structure, the Las Vegas Sangat, although small, always felt the need to have regular sangat. With only 50 families, we would have kirtan and sangat every Sunday at people's houses. The families would take turns preparing langar and hosting the kirtan program. However, the dream to build a fully functional gurdwara never went away.

In 1995, the Las Vegas Sangat purchased two and half acres of land. This lot would eventually become the present site for our Gurdwara. The push to build the actual structure did not come until 1998 when the Las Vegas Sangat decided to select a Board. With the leadership of these few members, the Las Vegas Sangat came together and began collecting donations in earnest to complete the structure. The Board members made numerous trips to gurdwaras all over California. At every gurdwara, we were met with smiling faces and generosity. Soon, building began on Gurdwara Baba Deep Singh.

Since then, the Las Vegas Sangat has realized several accomplishments. We have regularly-scheduled Punjabi and kirtan classes. Also for the past three years, we have hosted Vaisakhi melas. With the help of the entire community, our melas have been so successful that we have collected enough money to pay off the mortgage completely.

The Las Vegas Sangat wishes to extend its heartfelt gratitude to all those who have helped make our dream a reality.